CHAPEL HILL: David Michael Farrell, 57, died Sunday January 22, 2017 at home, with his wife by his side, after a lengthy illness.

David was born in Peoria, Il to the late Thomas E. and Mary Ann Vonachen Farrell. He grew up primarily in Mountain Lakes, NJ and moved to Burlington for his senior year of high school. He graduated from Williams High School in 1977 and attended UNC-CH where he earned a BS in economics in 1981 and an MBA in 1987. After working at Ernst & Young in St. Louis, MO and Charlotte, he went into business with his father at The United Electric Company of Ohio in Burlington, from where he retired in 2000. Throughout his life, he loved fishing, sailing, photography, gardening, computers and spending time with his family and friends, especially at his lake home in Standish, ME. David was an active member of St. Thomas More Catholic Church in Chapel Hill and St. Matthew Catholic Church in Limerick, ME and was a Benedictine Oblate of Saint Vincent Archabbey.

In addition to his parents, David was preceded in death by his brother, Thomas Robert “Tim” Farrell, and his sister, Annie Farrell. He is survived by his loving wife Frances Blanchette Farrell of Chapel Hill, his mother-in-law, Eileen Fairburn Blanchette of Charlotte, his cousin, Kathleen Farrell of Minneapolis, his sister-in-law, Sharron Farrell and niece, Lauren (Shaun) Tirgrath & great niece & nephew, Emerson & Brody of Burlington, his nephew, Matthew (Jenny) Farrell of Raleigh, his niece, Alex May of Greensboro, his brother-in-law, Paul (Kathryn) Blanchette & nephews Adam & Brian of Mint Hill, NC, his sister-in-law Eileen (Mark) Coffman & nieces, Marybeth & Cassidy & nephew, Matthew of Norfolk, VA, his sister of the heart, Angela (Michael) Casey & niece, Lochlyn of Morrisville, NC, and his daughters of the heart, Jamie Lynn Newton of Rougemont, NC and Jennifer M Tidrow of Chapel Hill as well as many cousins and cousins “in law.”

A funeral Mass will be offered 10:00 AM Wednesday from St. Thomas More Church, Chapel Hill. A reception will immediately follow. Interment will be in Holy Sepulchre Cemetery, North Andover, MA.

Arrangements are with Hall-Wynne Funeral Service.

Offer Condolence for the family of David Michael Farrell 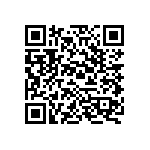