David Michael Brown died peacefully on July 14, 2018. He was born and raised in Niagara Falls, New York, the son of Gerald and Josephine Brown. David worked to pay tuition at Bishop Duffy High School and went on to graduate from Niagara University in 1963 and the University of Buffalo in 1967. He was a Captain in the United States Marine Corps and served as a lawyer in Vietnam.
He served as a United States Attorney and clerked for a U.S. District Judge in Buffalo, New York. He was a litigator and partner in the Atlanta law firm of Smith, Gambrell and Russell, until he retired in 2007. He was also a legal counsel for the Archdiocese of Atlanta.
David loved to hunt and fish throughout North America, and especially enjoyed time with his family at Lake Burton in the North Georgia mountains.
He is preceded in death by his brother Dennis. He is survived by his wife, Mary Ann, his sister, Kathleen and brother-in-law, Timothy Touchette of Niagara Falls, New York; 3 sons, David M. Brown and his wife, Colleen of Arlington, Virginia, the Honorable Michael L. Brown and his wife, Kristy of Atlanta, Georgia, Doctor Christopher R. Brown and his wife, Jennifer of Durham, North Carolina; 8 grandchildren, Jack Huckleberry, David Daniel, Sierra
Catherine, Avery Caroline, Christopher Maxwell, Maisey McAlister, Matthew Chase and Sawyer Catherine.
A funeral Mass will be held at 12 noon on Friday July 20, 2018 at Saint Matthew Catholic Church Durham, N.C. The family will receive friends at the church starting at 11:30 A.M., prior to the service. Burial service will follow at Saint Matthew Cemetery. In lieu of flowers, memorial contributions may be made to the Duke Cancer Center.

Offer Condolence for the family of David Michael Brown 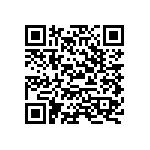