OXFORD:
David Littleton Adcock, Sr., age 82 a resident of Oxford died Monday October 26, 2009 in Granville Medical Center. He was a native of Granville Co. and was the son of the late Gold Damon and Ruth Smith Adcock. Mr. Adcock retired from Oxford Implement Co. and Al Sandling Chevrolet. He was a veteran of WWII serving in the Seabees, a member of Oxford United Methodist Church. He was a member of the Oxford Masonic Lodge # 122 and a member of the American Legion Post 90. David liked listening to Bluegrass music and fishing.
Funeral services will be held Wednesday October 28, 2009 at 3:00 PM in the Oxford United Methodist Church by the Rev. Pat Hawkins. Burial will be in the Adcock Family cemetery in Berea.
Surviving is his wife of 55 years, Catherine Strickland Adcock; one son David L. Adcock, Jr. Connie of Oxford; two daughters, Cathy A. YanceyGeorge of Oxford and Mildred A. Hartford David of Littleton, Colorado; two brothers, Edward G. Adcock of Oxford and Brent M. Adcock of Butner; ten grandchildren and two great grandchildren. He was preceded in death by a sister Kathlyn A. Powell and a brother Drewery Adcock.
The family will receive friends Tuesday night from 7:00 until 8:30 at the Gentry-Newell & Vaughan Funeral Home. At other times they will be at the home.
Online memorials at www.gnvfh.com , select obituaries.

Offer Condolence for the family of David L. Adcock, Sr. 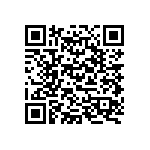