Presbyterian Church U.S.A. mission worker, Dr. David C. Knauert, 38, died Saturday, Nov. 14, in Atlanta after he collapsed while jogging. Knauert and his wife, Leigh, were appointed to mission service in July. They and their four children were living in Atlanta awaiting visas for a planned move to Brazil.
A 2009 Ph.D. graduate of Duke University, Knauert had been appointed to teach biblical studies at the Post-Graduate Ecumenical Institute in São Paulo. His service had been requested by the Independent Presbyterian Church of Brazil. “We’re deeply thankful to God for David and Leigh’s willingness to follow God’s call into mission and, as part of their mission family, will grieve David’s loss for some time,” said Hunter Farrell, director of Presbyterian World Mission. “But we commit ourselves anew to working for the world of God’s peace, justice and grace that David had dedicated his life to.”
“While we had known David only a short time, he touched many lives in the World Mission family,” said Maria Arroyo, the PCUSA’s coordinator for South America. “Our partners in Brazil were looking forward to David sharing his many gifts with them.”
In addition to his wife, Leigh, David leaves his children, Peter, twins, Harrison and Lily; and David; his mother, Holly Knauert, and a sister, Melissa Knauert-Brown.
David was born in Davis, CA, but spent most of his childhood in Potomac, MD. Besides a Ph.D. from Duke, he held an undergraduate degree from Harvard University and the M.Div. from Columbia Theological Seminary, Decatur, GA. David was a member of First Presbyterian Church in Durham.
Funeral services will be held 4:00 PM Friday from First Presbyterian Church, with the Rev. Walter Brueggemann, the Rev. Joseph S. Harvard, III and the Rev. Marilyn Hedgpeth officiating. Private cremation will follow at the Hall-Wynne Crematory Chapel. Contributions in David’s memory may be made to: First Presbyterian Church, 305 E. Main St. Durham 27701.

Offer Condolence for the family of David C. Knauert 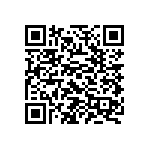