He was born in Brooklyn, NY, and lived in Savannah for 44 years before moving to Cashiers, NC earlier this year. He earned degrees in forestry at the University of Michigan and retired from Union Camp Corp. and also retired as Commander in the US Coast Guard Reserves. He was a long time member of Isle of Hope United Methodist Church.

SURVIVORS: Bobbie, his wife of 52 years; his children, Susan Carter of Windermere, FL, David W. Norris of Tokyo, Japan, and Sally Evans of Durham, NC and five grandchildren. He is also survived by his brother, Roger H. Norris of Marlton, NJ and four nieces and nephews.

FUNERAL: 2:00 pm Sunday, December 29, 2013 at Isle of Hope United Methodist Church. In lieu of flowers, donations may be made to IOHUMC designated for All Walks of Life Savannah, Christ Child’s Nest Guatemala, or Mission on the Move Kenya. Share condolences at www.hallwynne.com

Offer Condolence for the family of David B. Norris 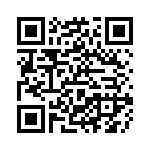