David graduated from Michigan State University in 1970 and began his career at Comerica, Inc. in Detroit, MI. He worked his way from Assistant Branch Manager to Senior Vice President-Investment Manager. In 1992 the family relocated to Honolulu, HI where he worked as Chief Financial Officer of Pacific Century Financial Corp until 2001. From 2002-2004 David served as President & Chief Executive Officer of Parker Ranch, Inc. in Kamuela, Hawaii, and later as Chief Financial Officer for Centex Destination Properties Hawaii until his retirement in September 2006.

David is survived by his wife Mary Jane and children, Sara, Jane and David. He will be greatly missed by his family and many friends and remembered always for his sense of humor and altruistic way of life.

In lieu of flowers, the family asks that memorial contributions be made to Team Continuum, 401 5th Ave., 4th Floor, NY, NY 10016, who provide assistance for cancer patients and their families. Please include “David Houle Memorial” on the memo line of your check.

A Mass of Christian Burial will be offered at 10:00 AM on Saturday, August 23, 2008 at the Newman Catholic Student Center, 218 Pittsboro St., Chapel Hill. The Rev. Msgr. John Wall will officiate. Interment will follow at a later date.

Offer Condolence for the family of David Arthur Houle 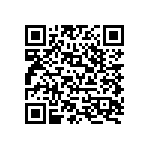