Durham – Mrs. Daralene Nina Logan Hildreth, 80, wife of the late Chief Master Sergeant James Curtis Hildreth, USAF, died peacefully on August 24, 2017, at the home of her son while surrounded by her loving family.

Mrs. Hildreth was born in Phoenix, AZ, the daughter of the late Mary Elizabeth Stanley and Darius Stacy Logan. Although mainly a homemaker, she spent a number of years as a nurse in Andalusia, Alabama. Her strength, wit, and humor was with her until the end.

She is survived by her daughters, Patricia Ann Hart, of Columbia, SC, Sharron Lee Hodorovic, of N. Charleston, SC; and her son, Chris Hildreth, of Durham, NC.

In addition to her husband and parents, Mrs. Hildreth was preceded in death by her son, Timothy Michael Hildreth in 2001.

A graveside memorial service will be at Arlington National Cemetery, where she will be laid to rest with her husband, at a day and time to be announced.

Offer Condolence for the family of Daralene Nina Hildreth 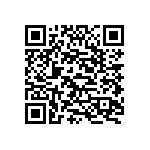