Dan was born August 8, 1942, to Daniel Whitehead, Sr. and his wife, Lenore Ridings. He grew up near Pittsburgh, PA, where he lived until moving to the Orlando Florida area in 1978 and to Durham, NC in 1997.

He is survived by his wife, Lucille, and their three daughters; Jennifer Tracy of Chapel Hill, NC, Polly Judd of Durham, NC, and Elizabeth Burbridge of Roanoke, VA. He also leaves his sisters Barbara Keywood of Roanoke, VA, and Gail Whitehead of Frederick, MD. He has thirteen grandchildren: Sarah, Shannon, Emily, Michael, Bethany and Megan Tracy; Kaylee, Kamryn, Sydney and Gabrielle Judd; and Madison, Katie and Michael Burbridge.

Dan earned a BS in mathematics from Carnegie-Mellon, an MBA from the University of Pittsburgh and a MS in Computer Science from the University of Central Florida. He joined the Marines as a young man and the Navy Reserve later in life, retiring as a Lt. Commander. After retiring from AT&T he was active in ham radio and the Durham COP’s program.

A memorial service will be held at 10 am on Friday, January 29th, at the Church of Jesus Christ of Latter-Day Saints, 1050 Martin Luther King Jr. Blvd, in Chapel Hill.

In lieu of flowers, donations may be made to Hefer International, http://www.heifer.org.

The Whitehead family is under the care of Hall-Wynne Funeral Service. Online condolences; www.hallwynne.com.

Offer Condolence for the family of Daniel Whitehead 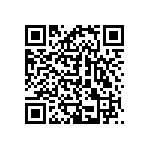