Daniel L. “Dan” Graham, 87, of Pittsboro, NC peacefully passed away in his sleep Saturday afternoon, January 3, shortly before a mass for his beloved late wife was being said at the St. Julia Catholic Church. Dan was born on April 28, 1927 in Donnelsville, Ohio, the son of Louis J. and Barbara Jane (Leffel) Graham. After graduating Olive Branch High School, he served in the United States Navy, including the end of WWII. He attended Wittenburg University on the GI Bill of Rights, graduating with a Bachelor of Science in Education in 1951. That year he was hired at Clark Air Base on Luzon Island, Philippines, where he was a popular teacher. Dan left Clark AB in 1959 to farm coffee in the Bukidnon Province of Mindanao Island, Philippines, a place he loved and would share stories about. He met his late wife, Jean, during his time in Bukidnon and together they moved to Pohnpei Island, Micronesia in 1971 where he served as teacher at Ponape Agriculture and Trade School and later as Economic Development Advisor for the governments of Pohnpei and Chuuk Islands. In 1983, their family moved to Pittsboro where Dan was a farmer and woodworker, spending Saturday mornings selling with his family at the Carrboro Farmers Market. He and Jean grew many vegetables and fruits and he handcrafted cedar chests and other wood products. Even after health made it difficult to farm and woodwork, he continued to attend the Carrboro market with his son. Dan was energized by the vitality of the market and he relished the friends who would visit him there to share discussions on current events, theology or philosophy. Dan enjoyed BBC and NPR radio and reading; in his later years he remained sharp, desiring to continually seek knowledge and truth. At nearly 70, he learned to use the computer where he typed numerous essays and connected with friends from around the world. Dan also loved to spend time with his grandchildren and would often call them his pride and joy. He delighted in their accomplishments and growth.
Dan is survived by his son Daniel “Danny” Graham, Jr. of Henderson, NV and grandchildren Desirea and Darryl Graham, his daughter Charleen (Graham) Cody and husband Jeff of Chapel Hill and grandchildren Chance and Bryce Cody, his son Louis T. Graham and wife Patricia, of Pittsboro and grandchildren Sydney and Louis Graham, Jr. and his son Jonathan T. Graham and wife Samantha of Suffolk, VA. Dan is also survived by two sisters Mollie (Clarence) Mohr of Springfield, OH and Susie (Robert) Hazel of Lexington, KY. He was preceded in death by his parents, beloved wife Generosa “Jean” (Flora) Graham, sister Barbara Lou Sotomeyer and brother Louis “Luke” Graham.
As Dan was a gift in life, so he was in death with his wish to serve anatomical research. A memorial service will be held at the Carrboro Farmers Market Commons on Saturday, January 17 at 1:30PM. Online condolences may be made at www.hallwynne.com

Offer Condolence for the family of Daniel L. “Dan” Graham 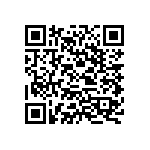