Dan was a graduate of UNC-Chapel Hill and worked there in the Carolina Population Center as a research programmer. An avid runner and a proud member of the Pittsboro Running Club, Dan looked forward to the regular group runs, and the after run meet-ups. As a proud ambassador for the club, he regularly sent out meeting updates and enthusiastically welcomed new runners. In March Dan ran his first marathon, although as he liked to tell it, he “technically ran it” as due to his legs feeling like cement, he had to do a fair bit of walking over the last 5 miles. As a long time resident of Bynum, NC, Dan rejoiced in the sense of neighborhood and community Bynum afforded him; he knew all his neighbors and they him. He was active on the Bynum listserv and a regular participant in the many community functions and get-togethers. He was known to take artist Clyde Jones to lunch on Sundays after church as well as to fill up Clyde’s lawn mower on occasion. Dan also loved music and was proud of the more than 32k songs and numerous CDs he owned. He used his adept computer skills to manage his ever-growing collection as well as to provide expert PC support for his Mom. Perhaps Dan’s greatest love was for the Haw River. He regularly walked Butters down to the Bynum Bridge and on the river trail, and he spent summers tubing down the Haw in one of his 17 inner tubes. Dan was famous for his tubes, something he delighted in, and he regularly lent them out to anyone who asked. While at times Dan tubed alone, more often he was the head of a group, regularly organizing parties of 2 to 10…and more, for weekend excursions. He relished introducing new tubers to the Haw, leading them down the rapids through narrow channels where he delighted in showing them his “Stupid Human” trick, as he was fond of calling it. Dan found solace and peace on the river. He loved to take his nieces and nephews on walking tours down the river as well as attending their many school activities and loved to be on the sidelines cheering them on. Finally, Dan loved to tell jokes…over and over and over, if you were one of his closest friends. Jokes were the way Dan found he could best communicate with others, something he struggled with, to his great frustration, his entire life. Dan was sincere, sensitive, and loved by all those that knew him and the world is a better place for having him in it. He will be greatly missed.

A Prayer Service and Eulogy beginning at 1:00 PM followed by a visitation will be held on Sunday, December 2, 2012 at the Griffin Chapel of Hall-Wynne Funeral Services, 396 West Street, Pittsboro, NC 27312. A funeral Mass will be celebrated at St. Patrick’s Catholic Church, 114 South Broadway in Lawrence, MA followed by a burial service at Holy Sepulchre Cemetery in North Andover, MA.

In lieu of flowers, a memorial contribution can be made in Dan’s name to Bynum Front Porch at P.O. Box 381, Bynum, NC 27228, St. Patrick’s Catholic School 1000 Bolling Ave., Norfolk VA 23508 at www.stpcs.org, or The MACS Educational Fund at www.charlottediocese.org/edu-foundation-macs.

Offer Condolence for the family of Daniel Blanchette 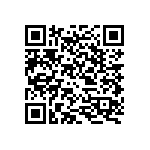