Curtis J. Crutchfield, III, age 65, died unexpectedly Thursday. A Durham native, he was born January 24, 1946 to Curtis J. and Ann Cole Crutchfield. Curtis graduated from Orange High School, after which he entered the Air Force during the Vietnam War. He was retired from the VA Hospital where he worked for many years in an administrative capacity.
Curtis Crutchfield was a dedicated Christian man who faithfully served his Lord. He was a member of the Summit Church, where he was a Deacon, involved in the children’s department and in the prayer life of the church. He was a devoted husband and father, never missing his son’s sports games and always attending to his beloved grandsons. Curtis derived great joy in caring for others, never seeking credit for his countless good deeds. He was an avid golfer and a passionate supporter of Duke Basketball.
Surviving are his wife of 45 years, Kathy K. Crutchfield; his son, Andy Crutchfield and wife, Kristie; his grandsons, Cameron and Carter Crutchfield; his step-mother, Clara Ann Crutchfield; sisters, Connie Kurt Morris of Weaverville, Nancy C. Greg Dail of Virginia Beach and Kristy Chris Garrison; brothers, Ken Morris in New York City, Tim Michelle Crutchfield and Brad Crutchfield in Washington, DC; brothers-in-law, Dr. George Deborah Kearney and Peter Kearney; an aunt, Carrie Lee and uncle, Jack Cheek; special friends, Kyle and Kim Hayes; and several special nieces, nephews and cousins.
Funeral services will be 11:00 AM Tuesday in the Summit Church West Club Campus, 2031 West Club Blvd. Burial will follow in Woodlawn Cemetery. Friends may visit 5-8 PM Monday at Hall-Wynne Funeral Service. Memorial donations may be made to: Summit Church Mission Fund, 2335 Presidential Dr. #114, Durham 27703.

Offer Condolence for the family of Curtis J. Crutchfield 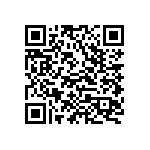