Coy Atlas Brown of McLaurin Road, Siler City crossed the Great Divide Thursday morning, July 18 at his home. He was 91.
A native of Chatham County, he was a member of the Greatest Generation, serving his country as an Army-Air Corps B-24 mechanic in World War II, including a three-year tour of duty in India.
Growing up on a farm near Bennett, after his service years he devoted his life’s work to agriculture as a tractor and farm equipment salesman and business owner. In that capacity, he worked for Johnson Cotton Co. in Siler City and in Raeford. Later in life, along with two brothers and a family friend, he was part owner of Brown-Fuquay Enterprises in Siler City. After retirement from those equipment firms, he had a career as an insurance salesman and later was a contract salesman for an advertising novelty company. He was a member of Sandy Branch Baptist Church, where he was an usher, member of the church Brotherhood and Golden Agers and a committee member of the Don Moody Benevolent Fund.
He is survived by his daughter, Shirley B. Wachs and husband, Bob; two grandchildren, Suzanne W. Jones and husband Steve of Pittsboro and Joseph B. Wachs and wife Amanda of Bear Creek; and great grandchildren, Jackson and Elizabeth; brother Norman and wife Mary Lea; and a host of nieces and nephews
He was predeceased in death by his parents, Bennie and Ina Brown; wives, Lois D. Brown and Fern W. Brown; sisters, Hilda Brewer and Myrtle Teague; and brothers, Clint, Howard, Lynn, Colon and Buster.
Friends may visit with his family at Sandy Branch Baptist Church from 6 – 8 PM on Friday, July 19 and at other times at the home of Shirley and Bob Wachs. Funeral services will be held Saturday, July 20 at 11 AM at Sandy Branch Church, conducted by the Rev. Marc Sanders, the Rev. Bob Wachs, and the Rev. Val Chadwick. Burial will follow in the church cemetery.
Flowers will be accepted or contributions may be made to the Don Moody Benevolent Fund of Sandy Branch Church, 715 Sandy Branch Church Rd., Bear Creek, NC 27207.
Online condolences may be left at www.hallwynne.com, select “Obits”.
The Brown family is under the care of Hall-Wynne Funeral Home in Pittsboro.

Offer Condolence for the family of Coy Atlas Brown 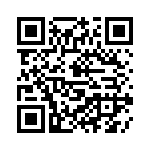