OXFORD:
Colin Reid Campbell, Jr., died February 20, 2015 at Universal Health Care. He was a native of Columbus, GA and the son of the late Colin Reid Campbell, Sr. and Margaret Perry Campbell.
Colin was a member of St. Stephen’s Episcopal Church. A graduate of Grady School of Journalism/University of Georgia, he began his career as a television director at the Maryland Center for Public Broadcasting, during which time he won an Emmy for children’s program, Book, Look and Listen. He moved to commercial television as news director for WSM-TV in Nashville, TN. In 1978, he left television to work in corporate communication for the Aluminum Company of America (ALCOA) in Pittsburgh, PA. Colin left the corporate world to become an independent video producer with a diversity of work that included employee training films for Exxon Mobil and the 250th Anniversary Program for the University of Pennsylvania. After retirement he discovered joy in training Border Collies and competing in both sheep and cattle herding trials. He and his beloved dog, Scout, qualified in 2002 for the National Sheepdog finals and qualified three years running for the Nation Cattledog Finals.
Colin loved to laugh and make up sill songs. A truly caring person; he was a friend to all creatures and always ready to lend a hand when someone needed help.
Memorial service will be conducted at 2:00 PM on Wednesday, February 25, 2015 at St. Stephen’s Episcopal Church by Rev. James L. Pahl, Jr. The family will receive friends after the service in the Parrish Hall of the church.
Surviving is his wife, Marlene Evans Campbell; a sister Maria Bouchelle Campbell of Birmingham, AL.
In lieu of flowers memorials may be made to the Human Society of the United States, Dept. Memorial Donations, 2100 L Street NW, Washington, DC 20037.
The family is being assisted by Gentry-Newell & Vaughan Funeral Home. For online condolences, go to www.hallwynne.com and select obituaries.

Offer Condolence for the family of Colin Reid Campbell, Jr. 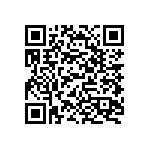