Clyde Alexander Kullman, 102, died Saturday, October 11, 2014. Clyde was born August 22, 1912 in Bronx, NY to the late Henry and Helen Grundhoefer Kullman. He retired, after 30 years, from the NY Naval Shipyard where he was an ordinance and weapon inspector. He was a communicant of St. Thomas More Catholic Church in Chapel Hill as well as an avid gardener. Beside his parents, he was preceded in death by his wife, Bertha Gleste Kullman and a brother, Harold Kullman.

The family will be present 6-8 p.m. Wednesday at Hall-Wynne Funeral Service, 1113 West Main St., Durham. A Funeral Mass will be celebrated 10 a.m. Thursday at St. Thomas More Catholic Church, Chapel Hill. In lieu of flowers, donations may be made to Faith Connections of Mental Illness, c/o donnaKolsen50@gmail.com. Online condolences at www.hallwynne.com

Offer Condolence for the family of Clyde Alexander Kullman 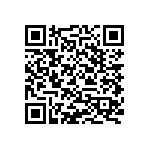