DURHAM: Clive Roger Sweeney, 59, passed away on June 3, 2008 in a cycling accident. He was born in Halifax, Nova Scotia to Audrey and Hugh Sweeney. A graduate of Dalhousie University, Clive never stopped finding new passions to follow, both at work and in his personal life. Clive was a teacher, an educator in energy conservation, an actor, a graphic designer, a website designer, and a Flash developer. He was a fitness enthusiast, being a longtime runner, body builder, and cyclist. Probably his greatest and longest passion was reading, which he instilled in all that knew him, especially his two children.
Clive is survived by his wife Brenda Condran, his mother Audrey and his stepfather John; his brother David; his son Jason and his daughter-in-law Mary Beth; his daughter Sarah and his son-in-law Chris; his grandson Clarke; and his cats Tequila and Shamus. All of Clive’s family resides in Nova Scotia. He was predeceased by his father Hugh.
A celebration of Clive’s life will be held 11:00 AM Saturday in the Chapel of Hall-Wynne Funeral Service. In lieu of flowers, donations may be made to the Animal Protection Society of Durham, 2117 E. Club Blvd. Durham 27704. On-line memorials: www.hallwynne.com. Select Obituaries. He was a good man. He was happy. He was loved.

Offer Condolence for the family of Clive Roger Sweeney 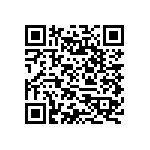