Clinton attended Calvert School (later Durham Academy), Carr Junior High School, Durham High School and was a graduate of Woodberry Forest. He excelled in football, basketball and golf and was referred to as the “most athletic” in his school’s yearbook. It was his dream to attend Duke University and play on their golf team. His dream came true and he was nominated as “captain” on the golf team and became a member of Kappa Alpha Fraternity. He won the Herald-Sun Golf Tournament in 1959 and set a course record at Hope Valley Country Club “63” in July 1966.

After college, Clinton became a tobacconist and a builder for several years. After that, he became a financial advisor and co-founder of the E.F. Hutton Office in Durham. After many mergers and name changes, he retired 50 years later in December 2017 with Morgan Stanley as a Senior Vice-President. He was a member of Duke Memorial Methodist Church, Dunes Club of Atlantic Beach, Friends of Fort Macon, the Iron Dukes and a Lifetime member of Ducks Unlimited. In his spare time, he loved to hunt, fish and golf.

Clinton is survived by his wife of 55 years, Helen Denning Toms; brother, Edgar Shelton Toms, Jr. (Edith) and many beloved nieces, nephews, great-nieces & nephews. He was preceded in death by his sister, Julia Toms Carr and brother, George Newby Toms.

In lieu of flowers, memorials may be made to the Durham Rescue Mission, PO Box 11368 Durham, NC 27703 or to a charity of choice.

Offer Condolence for the family of Clinton W. Toms, III 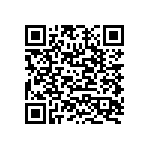