DURHAM: Clinton Swaringen Rogers, 53, died unexpectedly Tuesday at home. A Durham native, he was born October 23, 1961 to Joseph Clinton and Betty (Martin) Rogers. Clint was a 1980 graduate of Jordan High School, where he played basketball. He double majored in Accounting and Business Administration at East Carolina University, from where he graduated in 1985.

Clint became permanently disabled due to chronic mental illness, though managing to live fully and independently. He passionately followed college and professional football and basketball. Clint was also an avid reader and proficient on the computer. Despite multiple health setbacks in recent years, Clint maintained a positive outlook and never lost his rich, dry sense of humor.

Surviving are his father, J. Clinton Rogers; his brother, Joseph “Josh” Rogers; aunt and uncle, Lib and Ralph Rogers, Jr., all of Durham; and several nieces, nephews and cousins. He was predeceased by his mother, Betty, and brother, Ralph Daniel Rogers.

A Service of Remembrance will be 2:00 PM Tuesday in the Chapel of Hall-Wynne Funeral Service, with the Rev. Taylor Mills officiating. Friends will be received 1-2:00 PM Tuesday in the funeral home. Private burial will be in Montlawn Cemetery, Raleigh. Gifts in Clint’s memory may be made to Trinity United Methodist Church.

Offer Condolence for the family of Clinton S. Rogers 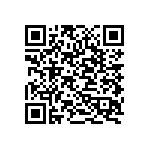