Mrs. Cleva Wilson Blythe-Hester, age 95, died Friday, November 5, 2010 at Granville House in Oxford, NC. She was the daughter of the late R. Edward Wilson and Carrie Snowden Wilson of Williamsburg County, S.C. She was preceded in death by her first husband S. Marshall Blythe and second husband, C. Landis Hester of Oxford.
She was a faithful member of the Oxford Presbyterian Church, where she played the piano for the Baird Royster Men

Offer Condolence for the family of Cleva Wilson Blythe-Hester 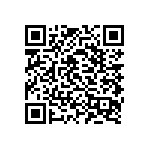