Clement “Clem” Barbaza, age 98, a resident of Durham, NC, died Tuesday, November 26, 2019. Mr. Barbaza was born in Brooklyn, New York and grew up in Staten Island, New York.  He was the son of the late Emily and Anthony Barbaza.  He will be remembered as a loving husband, father, and grandfather.

After serving in the Navy during WWII, he moved to Washington, D.C. where he had a 30-year career in the Federal Government and retired as Chief of Printing of the Public Health Service, Department of Health of Human Services.  His passion was baseball and he played for the Union Printers International Baseball League, Washington, D.C., later serving as team Manager and Commissioner of the League.

Surviving are his daughter, Kristina J. Barbaza and husband, Richard Wabnick; his son Michael A. Barbaza and wife Marisa, Durham; his two grandchildren, Oscar and Quinn Barbaza of Durham; his niece Patricia Lang (John) and family of New Jersey; his cousin Royal Craig (Elizabeth) and his family of Phoenix, Maryland; and his cousin Alan Craig (Jean) and family of Laurel Springs, New Jersey. In addition, he is survived by many other nieces, nephews, cousins and friends.

Mr. Barbaza was preceded in death by his wife, Winifred Barbaza of Durham, and brother, George Barbaza.

A Mass of Christian Burial will be held at 1:00 PM Thursday, December 5, 2019 at Immaculate Conception Catholic Church with Fr. Chris VanHaight OFM presiding.

Graveside services will be held at a later date in Quantico National Cemetery, Triangle, VA.

Offer Condolence for the family of Clement “Clem” Barbaza 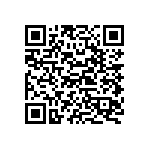