Mr. Rogers was born January 9, 1926 in Bluefield, WV to the late Clayton T. Rogers, Sr., and Mildred Clark Rogers.  He proudly served his country with the US Navy during WWII.  He graduated from Stevens Institute of Technology in 1947.  Mr. Rogers earned his MBA from Columbia University in 1949.  He was employed as a sales manager for Monsanto Chemical Company.  During his tenure at Monsanto, he was also involved with the Astroturf division.

Mr. Rogers will be greatly missed by his wife, Wanda; three children, Marianne, Carolyn, Clayton; and his two grandchildren, John and Michael.

Offer Condolence for the family of Clayton Taylor Rogers, Jr. 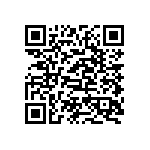