OXFORD:
Clay Pruitt Harris, age 84, died February 3, 2012 at Granville Medical Center. She was a native of Pennsylvania County, VA and was the daughter of the late John Bentley Pruitt and Esther Hill Pruitt. A member of Amis Chapel Baptist Church, she was involved in the choir, WMU and was a former member of the Golden Cords Flat River Baptist Association Choir. She loved to square dance and she was formerly employed with Russell Stover and Belks.
Funeral services will be conducted on Sunday, February 5, 2012 at 3:00 PM in Amis Chapel Baptist Church by Rev. Terry Howard. Burial will be in the church cemetery.
Surviving is her husband Sol D. Harris, Sr.; two daughters, Judy H. Campbell of Townsville and Jo Anne H. Brewer of Virgilina, VA; a son, Sol D. Harris, Jr. of Oxford; a brother, Thomas Pruitt of Hendersonville, NC; six grandchildren and six great grandchildren. She was preceded in death by two brothers, John Bentley Pruitt, II and Raymond Nelson Pruitt.
The family will receive friends on Saturday, February 4, 2012 from 7:00 until 8:30 PM at Gentry-Newell & Vaughan Funeral Home and at other times at the home.
Gentry-Newell & Vaughan Funeral Home is assisting the Harris family. For online condolences go to www.hallwynne.com and select obituaries.

Offer Condolence for the family of Clay Pruitt Harris 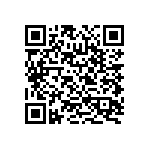