Claude Spencer Chamberlain Sr., 81, passed away Friday, March 30 at the VA hospice unit in Durham after a brief illness. Mr. Chamberlain was born in Durham County to J.L. Chamberlain and Annie Watson Chamberlain. He retired from the U.S. Navy.

In lieu of flowers, the family requests that memorial donations be made to the Durham VA Hospice unit at 508 Fulton Street, Durham, NC 27705.

Offer Condolence for the family of Claude Spencer Chamberlain, Sr. 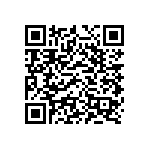