Claude B. Williams, Jr. age 91, died December 9, 2015 at his home surrounded by his loving family.
He was born and raised on Trinity Avenue in Durham, son of the late Claude B. and Ruth Gentry Williams. He attended George Watts Elementary School and Durham High School. In 1944, he graduated from Duke Engineering School and was in the V-12 program for Naval Officers. After attending the Naval Academy he served as an engineering officer on the USS San Francisco in the Pacific during 1945. He returned to Durham and worked for Nicholson, Inc. as an HVAC engineer and salesman before founding Comfort Engineers in 1955 with Dave Hessee. The company air conditioned many buildings at Duke University and Hospital, Meredith College, Research Triangle Park, and throughout central North Carolina. He retired as President of Comfort Engineers in 1987.
Claude grew up attending First Baptist Church where he was a Deacon, long time Sunday school teacher, and Building Committee chairman. For the past 12 years, he and Jerry had been active at Grey Stone Baptist Church and he enjoyed his many new friends in “ Skeeter’s” Sunday School Class.
Claude was a member of the Kiwanis Club for 50 years. He was chairman of the YMCA Board during the early 60’s and very involved in the development of Camp Kanata. Claude was a “Father of the Year” in 1961. He served as a trustee as Meredith College for two decades. He was a Professional Engineer during his career as President of Comfort Engineers. Claude showed longtime support of Duke University School of Engineering and was an avid fan of Duke Athletics.
He was a strong family man with a love for his wife Jerry that was deep and abiding. Claude enjoyed time with his children as he participated in Boy Scouts with his sons and took many camping vacations with the whole family stomping through Civil War battlefields.
Surviving are his wife of 69 years, Jerry Wall Williams; children, David of Pinehurst, Alan (Blanche) of Durham, Pam (Jack) of Takoma Park, MD, Lisa Williams of Durham and Karen (Brian) Van Horn of Durham; grandchildren, Michele (Drew) Scarbrough, Christina Williams, Elizabeth Williams, Catherine (Mark) Hanor, Sam and Thomas Allen, Esther (Josh) Clark, Olivia, Meg and Naomi Van Horn; great grandchildren, Victoria and Melanie Scarbrough and William Hanor; nieces, Susan and Cheryl Harward; and his beloved Sheltie, Gentry.
Funeral Services will be held 11:00 am Monday, December 14, 2015 at Grey Stone Church with Dr. Clay Waters officiating. Burial will follow in Maplewood Cemetery.
The family will receive friends 3:00 – 6:00 pm Sunday, December 13, 2015 at Hall-Wynne Funeral Service.
In lieu of flowers memorial contributions may be made to Grey Stone Church, Legacy Center, 2601 Hillsborough Road, Durham NC 27705.
Online condolences www.hallwynne.com; select obituaries

Offer Condolence for the family of Claude B. Williams, Jr. 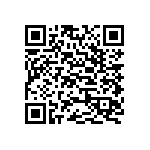