Claude Adams Lowe, beloved father and grandfather passed away on December 28, 2009. He was born on August 20, 1919, to the late Ernest and Minnie Lowe. He was married for 66 years to his childhood sweetheart, Elizabeth Copeland Lowe who passed away on March 27, 2006.

He served as a proud U.S Marine from May 20, 1944 through June 20, 1946. Claude retired from Liggett & Myers Tobacco Company after more than forty years of service. He was a handsome, caring, energetic man and the best husband and father anyone could ever have. He was loved deeply by his children and grandchildren because he cared so very much for each of them. He touched the hearts of all who knew him for his kindness and willingness to always give a helping hand.

In August his children gave him a 90th birthday party and have decided that was the best way to celebrate his life and will serve as a memorial service.

In lieu of flowers, memorial contributions may be made to Duke Community Hospice, 4321 Medical Park Drive, Suite 101, Durham, NC 27704.

The Lowe family is under the care of Hall-Wynne Funeral Service, Durham.

Offer Condolence for the family of Claude Adams Lowe 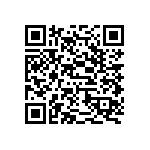