He was born in Poughkeepsie, NY where he grew up and attended school.

In the spring of 1944, at age 19, Bud volunteered for military service, and was sent to Europe, where he received the Infantry Combat Badge and the Purple Heart. After returning home he married the little girl next door, Ruth Louise Townsend. They were next door neighbors when they were 8 years old. They were married for 65 years until her death in 2012.

Bud retired from IBM in 1987 after 36 years as an Engineer Change Analyst. Bud was a member of the Durham Masonic Lodge AF & AM No. 352. He was also a 32nd degree Mason of the Scottish Rite of Raleigh and an active member of the Southgate Chapter #177 of the Order of the Eastern Star in Durham, NC.

In addition to his wife, he was preceded in death by his parents, Mr. and Mrs. Clarence Morrison and his four brothers, all of Poughkeepsie, NY.

Bud is survived by his daughter, Debra Louise O’Neill; son-in-law, Jim O’Neill and one granddaughter, Colleen Elizabeth O’Neill, all of Morrisville, NC.

Friends may visit one hour prior to the service from 10 a.m.-11a.m.in the church.

In lieu of flowers, contributions may be made to the Food Pantry at White Plains United Methodist Church, 313E. Maynard Rd., Cary, NC  27511.

Arrangements for the Morrison family are under the care of Hall-Wynne Funeral Service. Online condolences www.hallwynne.com

Offer Condolence for the family of Clarence “Bud” Morrison 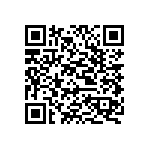