Claire Mae Greenway Hester, age 96, died Sunday, December 27, 2009. She was a native of Vance County and the daughter of the late Maurice Greenway and Sudie Adcock Greenway and was the oldest member of Enon Baptist Church.
Funeral services will be conducted from Enon Baptist Church on Tuesday, December 29, 2009 at 2:00 PM by the Rev. James C. Shelly, Jr. and Steve Brown. Burial will follow in church cemetery.
Surviving are two sons, Maurice Hester and wife, Polly and Durward Hester and wife, Joan, both of Oxford; three grandchildren and five great-grandchildren. She was preceded in death by her husband, Crawford Hester, a grandson, Dan Hester and three brothers, Norman, Hartwell and Irvin Greenway.
Visitation will be held Monday, December 28, 2009 from 7:00 P.M. until 8:30 P.M. at Gentry-Newell & Vaughan Funeral Home and at other times the family will be at the home of Durward and Joan Hester 1004 Hillsboro Street, Oxford, NC.
Flowers are accepted or memorial to Enon Baptist Church, c/o Buck Adcock, 2115 Tommie Daniel Road, Oxford, NC 27565.
Gentry-Newell & Vaughan Funeral Home is in charge of assisting the Hester family. For online condolences go to www.gnvfh.com and select obituaries.

Offer Condolence for the family of Claire Greenway Hester 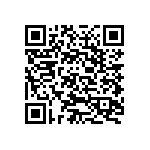