Chris loved computers, technology, and gaming and worked for a time at Biomerieux as a computer technician. He was an avid student of history, especially military history. He had an encyclopedic knowledge of the world wars and enjoyed touring Civil War battlefields and attending reenactments.

He found pleasure in outdoor activities and travel. He toured Europe with his grandparents and went backpacking in the Tetons and Yellowstone. He liked to canoe and was his dad’s best fishing buddy. He even learned to fly small planes. Today his spirit soars in the heavens. When he rests, it is peacefully in the arms of his loving God.

He is survived by his parents, his sister Miranda Renee Sherman, his grandparents Vonda Skinner, Eugene and Shirley Sherman, and his stepmother Janet Andersen. He is preceded in death by his grandfather Darrell Skinner.

A memorial service will be held on Wednesday, October 19th, at 1 pm in the Chapel of Hall-Wynne Funeral Service in Durham.

In lieu of flowers, donations may be made to the conservation efforts at Lake Jenny in Grand Teton National Park: http://www.gtnpf.org/initiatives/the-campaign-for-jenny-lake/

I give you this one thought to keep.

I am with you still. I do not sleep.

I am a thousand winds that blow.

I am the diamond glints on the snow.

I am the sunlight on ripened grain.

I am the gentle autumn rain.

When you awaken in the morning’s hush,

I am the swift, uplifting rush of quiet birds in circled flight.

I am the soft stars that shine at night.

Do not think of me as gone.

I am with you still in each new dawn

Offer Condolence for the family of Christopher Steven Sherman 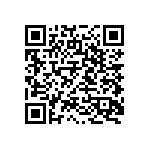