Chris was an Eagle Scout and involved with the troop sponsored by the Lions Club of Durham. He attended Durham Academy and graduated from Western Reserve Academy in Hudson, Ohio. Later, Chris attended and graduated from Duke University in 1977.   He received his Master’s Degrees from University of North Carolina in Chapel Hill in Geography and Old Dominion University in Norfolk, Virginia.  He taught Geography and American History at Norfolk Academy Middle School and Hampton Roads Academy High School.  Later, he taught American History and Genealogy at Vance Granville Community College in Creedmoor and Henderson.

Chris was an avid collector of books about history, geography, movie stars, and genealogy.    He lived at Emerald Pond Independent Living Center for eight years.  A number of residents enjoyed discussing his passions and their interests with him, often learning something new during the discussion.  He remained a teacher at heart for many years after he retired!

Chris is survived by his brother David Lee Ross of Durham, his sister, Marion Ross Godfrey of Beaverton, Oregon, his cousin’s son Joshua Glasson of Durham, his nephew, Jake Godfrey (Madeline) of Chapel Hill, his nieces Anna Godfrey Alig(Tim) of Hillsboro, Oregon, and Meg Godfrey Paladinetti (Tony) of Bentonville, Arkansas, six great nieces and nephews as well as a number of cousins.

Offer Condolence for the family of Christopher Park Ross 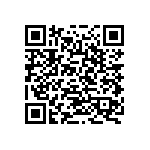