Christine Saunders Brummitt
OXFORD- Christine Saunders Brummitt, age 81 a resident of Oxford, died Wednesday May 14, 2008 in Durham Regional Hospital. She was a native of Granville Co. and was the daughter of the late Willie and Maude Moss Saunders. She was a member of West Oxford Baptist Church.
Funeral services will be held on Friday May 17, 2008 at 11:00 A. M. in the Gentry-Newell & Vaughan Funeral Chapel by the Rev. Wes Garner. Burial will be in Meadowview Memorial Park.
Surviving is her husband, John Hillman Brummitt; one daughter, Pam B. Stephenson of Oxford and three step grandchildren. She was preceded in death by three brothers, Waverley Saunders, Willie B. Saunders and Putten Saunders.
The family will receive friends from 7 :00 until 8:30 Thursday night at the Gentry-Newell & Vaughan Funeral Home. At other times they will be at the home on Spring St. in Oxford.
Flowers will be accepted and on line memorials www.gnvfh.com , select obituraries.

Offer Condolence for the family of Christine Saunders Brummitt 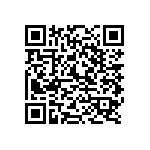