A graduate of Durham High School, Chester served in the 15th Air Force during World War II. He worked for the U.S. Post Office for 38 years and was a long-time member of St. Paul United Methodist Church.

A memorial service will be held 11:00 AM Tuesday, April 19, from St. Paul United Methodist Church. Friends may visit with the family immediately following the service.

Burial in Maplewood Cemetery will be private.

Offer Condolence for the family of Chester Roycroft 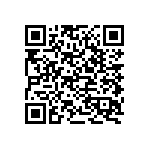