He was born and raised in Skowhegan, Maine, to the late Chester R. and Levina Calway Sally Perkins. He proudly served his country in the U.S Army during WWII.

After returning to the states, Chester was employed by the printing department of Liggett & Myers Tobacco Co. for 37 years and retired in December 1981 due to poor health.

Chester was also involved in forming the Bethesda Fire Department where he served as Captain. He was also Assistant Scout Master for Troop 446 in Bethesda and served in the Bethesda Ruritan Club. Chester belonged to Chapter #21 Disabled American Veterans and was a member of #2740 Veterans of Foreign Wars.

He had been a member of Immaculate Conception Church in Durham for fifty years where he served as an usher for a number of years.

A Mass of Christian burial will be offered 10:00 AM Thursday, June 16 from Immaculate Conception Catholic Church with Father Dan McLellan, OFM, presiding.

Burial with military honors will follow in Oak Grove Memorial Gardens on Cheek Road in Durham.

Friends may visit Wednesday evening from 6-8 PM at Hall-Wynne Funeral Service in Durham.

The Perkins family is under the care of Hall-Wynne Funeral Services. Online condolences www.hallwynne.com

Offer Condolence for the family of Chester G. Perkins 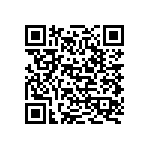