OXFORD:
Charlie Ray Singleton, Jr., age 38 a resident of Oxford died Saturday March 5, 2011 in Bluefield West Virginia. He was a native of New Hanover Co. and was the son of Charlie Ray Singleton Sr. and Thelma Caudill Singleton. Ray was an electrician with Certainteed Corp.
Funeral services will be conducted Thursday March 10, 2011 at 2:00 PM in New Horizon Baptist Church by the Rev. Cam Ford. Burial will be in Meadowview Memorial Park.
Surviving in addition to his parents is his wife, Lisa Leonard Singleton; son, Charlie Ray Singleton III; daughter, Katlyn Nicole Singleton; sisters, Elizabeth Kay Sawyer of Henderson and Kimberly Burcham of Shallotte, NC.
The family will receive friends Wednesday March 9, 2011 from 7:00 PM until 8:30 PM in the Gentry-Newell & Vaughan Funeral Home. At other times they will be at the home.
Online memorials www.hallwynne.com select obituaries.

Offer Condolence for the family of Charlie Ray Singleton, Jr. 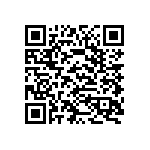