Charles Wilson Knowles, age 90, died Monday July 20, 2009 in Durham, NC. He was born in Chapel Hill to the late Charley Brown and Mary Elizabeth Knowles on November 1, 1918. Mr. Knowles was valedictorian of his 1934 graduating class from Bells High School, in Chatham County, and a long time member of Yates Baptist Church in Durham, NC.
Charlie worked in the tobacco business for many years, traveling for the Venable Tobacco Company to the flue cured and burley markets of Georgia, South Carolina and Kentucky as a buyer and office manager. He coached the Durham Little League baseball city championship teams in 1956 and 1957, sponsored by the Moose Lodge. He taught a 12 year old boys Sunday School Class at Yates Church for many years. Having grown up on a farm, he kept a mule until the 1960s, and raised a large garden every year with his wife of 68 years, Frances Blalock Knowles, who died last September. Charles and Frances also ran a wood business, selling wood to burn in wood stoves and fireplaces, to customers all over Durham. The wood business was a full time second job, taking many evenings and Saturdays year round. After retirement, he maintained a membership at the Duke Wellness center and was an active current member of the Durham YMCA.
He had a real love for life, for having fun and a good time, and a need for social interaction and activity. He was very active and sociable. He was a “character”. He collected discarded aluminum cans from many sources in three counties including Durham, Chapel Hill and Carrboro, and recycled them in Raleigh, earning almost enough money to cover his gas bill. He traveled in recent years with his friends Bill Mitchell and Jon Slaton, collecting cans and enjoying his long running Saturday morning breakfast group at Honey’s. A resident of Spring Arbor of Durham since March of 2006, he also kept a small garden there, raising cucumbers, peppers, and tomatoes. He had plans for this fall to plant a small turnip patch and as many collards as the garden plot would hold.
Charlie was loved by his family and friends. He took great pride in knowing everybody. Will Roger’s saying “A stranger is just a friend I haven’t met yet” was never more apt than when applied to him. He was a hard worker, loyal to his family and friends, a supporter of those less favored, and an overall positive force in the community.
Mr. Knowles is survived by his sons: Michael Knowles and wife, Marilyn, of Chapel Hill, NC; Donald Knowles and wife, Rebecca, of Pittsboro, NC; and four grandchildren: Joshua Knowles and wife, Juliet, of Palo Alto, CA; Sarah Knowles and husband, Jason Merker, also of Palo Alto, CA; Rachel Knowles and husband, Rosecrans Baldwin, of Chapel Hill, NC; and James Knowles of Ann Arbor, MI.
Friends and family may visit Thursday evening from 6:00-8:00 P.M. at Hall-Wynne Funeral Home.
Funeral services will be held at 11:00 am Friday July 24, 2009 at Yates Baptist Church with the Reverend John Frederick presiding. Burial will follow in Maplewood Cemetery.
Contributions in his memory may be made to UNC Hospice, P.O. Box 1077 480 Hillsboro Street, Pittsboro, NC 27312: or Yates Baptist Church, 2819 Chapel Hill Rd., Durham, NC 27707; or NC Jaycee Burn Center, UNC Hospitals, 101 Manning Drive, Chapel Hill, NC 27514.
On-line memorials: www.hallwynne.com. Select obituaries.

Offer Condolence for the family of Charles Wilson Knowles 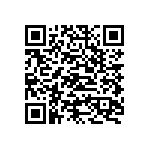