He worked for the Attorney General’s office for a year and a half and then joined Watkins and Edmundson Law Firm in Oxford in 1969.  After working there for several years, he became a Partner and then ran and was elected District Court Judge in 1976.  Judge Wilkinson served 32 years on the bench and was the longest sitting District Judge in North Carolina.

His job as a Judge was a joy to him, and he was universally admired as a common sense and compassionate Judge.  He read voraciously about history and politics and kept up with all that was happening locally and globally.  His chief delights were his grandchildren, his lake place and his poodles.

Funeral services will be held at Oxford Baptist Church on Wednesday, May 9, 2018, at 11:00 a.m. by the Reverend Christopher Aho. Burial will follow the service at Elmwood Cemetery in Oxford.

Flowers are acceptable, or memorials may be made to the County of Granville, North Carolina, fund for the new detention center, 141 Williamsboro Street, Oxford, NC, 27565.

Offer Condolence for the family of Charles Watkins Wilkinson, Jr 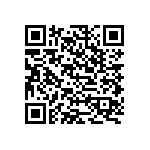