Born on September 29, 1921 in Jerseyville, Illinois he was the son of the late Irving and Florence White and was preceded in death by his brother Richard White. Mr. White was a 1943 graduate of Knox College in Galesburg, Illinois and served as a Lieutenant in the United States Navy during World War II. In Jerseyville, Illinois he owned an insurance agency for 41 years, served on the Board of Directors of the Jersey State Bank for 42 years, served as a member of city council, president of the Westlake Country Club and was an active member and elder of the First Presbyterian Church. He also served on the Executive Council of the Boy Scouts of America and was president of Illinois Independent Farm Agents.

A memorial service will be held 1:30 pm Thursday in the William Few Interfaith Chapel at Croasdaile Village. Friends will be received following the service.

In lieu of flowers, contributions may be made to a charity of one

Offer Condolence for the family of Charles S. White 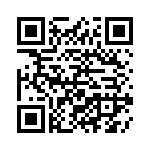