Charles Nicholas Galanos, known to his friends as Nick, died on Wednesday, September 19, 2018 at his home in Durham. Visitation with the family will be at Hall-Wynne in Durham from 6:00 to 8:00 PM on Thursday, September 27th. Funeral services will be held at 4:00 P.M. on Saturday, September 29 at Church of the Holy Family in Chapel Hill. His ashes will be interred in the church garden columbarium immediately after the service.
Known to his parents as Nicholas until a later age when he insisted upon “Nick”, he was born in Mobile, Alabama on May 31, 1984. His arrival was celebrated by doting grandparents and many loving aunts and uncles. As a youngster, Nicholas was determined to learn the names of every type of vehicle (Whasat, Mama? It’s a Volkswagen. No, issa Beedle). He spent his first two years in Mobile, then lived for three years in Galveston, Texas before moving one last time to the city he was devoted to – Durham, North Carolina.
After mastering the naming of all vehicles, he became interested in Teenage Mutant Ninja Turtles, hologram cards, his jump rope team, animals, Duke basketball, Alabama football, Duke basketball, construction and Duke basketball. As a young adult, he developed a love of Hip-Hop and discovered he had an ear for rhyming lines. He subsequently developed many friendships in Hip-Hop music circles in Durham. His stage handle was St. Nickel.
He is preceded in death by his grandparents (Nick and Inez Galanos, Marjorie Mundy Cass, Charles Weiland Mundy and step-grandmom Anga Mundy), aunt and uncle (Flora and Dick Carlson), and his beloved dogs (Skeelo and Roscoe). He is survived by his mother and father (Martha Mundy and Tony Galanos), sister (Rachel Galanos), aunts and uncles (Chris Galanos, John and Nancy Galanos, John and Sarah Mundy, Karen Mundy Wood), many cousins, friends and his dog, Ghost.
In lieu of flowers, contributions to the charity of your choice, or the Juvenile Diabetes Foundation are greatly appreciated.

Offer Condolence for the family of Charles Nicholas “Nick” Galanos 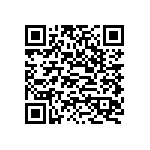