Charlie was born in the Bear Creek community on May 12, 1947, the son of Nelson Wheeler and Fannie Eubanks Wheeler. He was retired from Kayser-Roth following more than 40 years of service, where he worked in various capacities at several of their facilities.

Charlie is survived by his wife, Nancy Foushee Wheeler; son, Andy Wheeler and his long time companion Phylisa Inman, of Ocean Isle Beach; granddaughter, Amanda; his brother, Wayne Wheeler of Apex; sisters and brothers-in-law, Ann and Pete Wright of Pittsboro, Ava and Jimmy Brower of Staley, and Esther and Bill Shirey of Siler City; as well as a number of nieces and nephews. Charlie was preceded in death by his parents and also by a sister, Frances Screws.

The funeral service for Charlie Wheeler will be held at 2 pm Thursday at Hall-Wynne Funeral Home in Pittsboro with Rev. Ray Gooch and Rev. Bob Wachs presiding. Interment will follow in Mt. Gilead Baptist Church cemetery. Friends may visit with the family from 12 noon until 1:45 pm Thursday at the funeral home.

Online condolences may be sent to www.hallwynne.com, select “Obits & Guestbooks”, then “Current Services”.

Arrangements are under the care of Hall-Wynne Funeral Service and Cremation, Pittsboro.

Offer Condolence for the family of Charles Nelson Wheeler 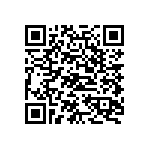