Charles Marshall Nance, age 75 died Monday, January 12, 2009 at Durham Regional Hospital. He was a native of Granville County and was the son of the late Charles Pender Nance and Sally May Nance. He was a retired salesman.
Funeral services will be held Friday December 16, 2009 at 11:00 AM in the Gentry-Newell & Vaughan Funeral Chapel by Rev. Milton Abbott. Burial will be in Meadowview Memorial Park.
Surviving is a son Charles Pender Nance of Timberlake; a sister, Jenny Vaughan of Oxford; a brother Tom Nance of Stanton Va.; one granddaughter. He was preceded in death by a brother Thomas Eugene Nance.
The family will receive friends Thursday night from 7:00 until 8:30 at Gentry-Newell & Vaughan Funeral Home. Online memorials www.gnvfh.com select obituaries.

Offer Condolence for the family of Charles Marshall Nance 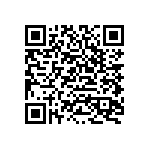