Charles Hunter Rogers, 82, died Friday, June 8, 2007, at Hillcrest Convalescent Center. A Durham native, Charles was born on March 16, 1925, to the late Alice E. and Walter B. Rogers.<br><br>Following his graduation from Durham High School in 1943, Charles enlisted in the U.S. Army. He served with the 581st AAA-AW Battalion where he saw combat in France and Germany. Charles received two battle stars from the Battle of the Bulge Remagen Bridge Head and Central Germany. In April 1946, he was discharged from the military as a first sergeant.<br><br>Charles was employed with the Duke University Stores between 1963 and 1987 as assistant director of operations and assistant director of retail stores operations. He was a member of the Exchange Club of Durham for 25 years and a member of Edgemont, Lakewood and Grey Stone Baptist churches.<br><br>Charles was preceded in death by his loving wife of 52 years, Ruth M. Rogers.<br><br>Graveside services with military honors will be held at 12:30 p.m. Monday, June 11, 2007, in Maplewood Cemetery, Section 17. The Reverend Forest M. Gale Jr. of Lowe’s Grove Baptist Church will preside. Friends may visit following the service.<br><br>In lieu of flowers, contributions may be made to the Exchange Clubs’ Child Abuse Prevention Center, 1200 Broad St., Suite 209, Durham, NC 27705.<br><br>

Offer Condolence for the family of Charles Hunter Rogers 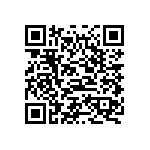