Prior to his employment at Liggett Myers for nearly 35 years, Mr. Stewart proudly served his country in the U.S. Army during WWII.

Funeral services will be held 11:00 AM Tuesday, August 7, at the Durham Primitive Baptist Church on Pacific Ave. near the Teer House. Interment will follow in the mausoleum at Woodlawn Memorial Park.

Flowers are acceptable or donations may be made to the Durham Primitive Baptist Church, c/o Hall-Wynne Funeral Service, 1113 W. Main St., Durham, NC 27701.

Offer Condolence for the family of Charles Franklin Stewart 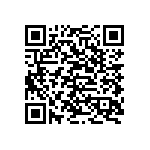