Charles served proudly in the United States Marine Corps, during the Korean War conflict.  He then attended St. Bonaventure University, and shortly after graduation, began working in the telecommunication industry. Charles had a very accomplished and successful career at GTE, and at Sprint, retiring to Durham after nearly 30 years of service.  During his retirement he enjoyed his golf game, had the most bountiful vegetable gardens, and spent as much time as possible at his peaceful mountain home with his beloved wife of nearly 63 years, Karen.  Later, he took great pleasure in attending Gerofit, as part of the VA Medical Center, and made many friends with retired military from all the branches of service.

Charles is survived by his wife Karen, and his seven children, Kim, Kris, Charles (Beth), Kate (Richard), Karen, Karla, and Craig (Kristy),8 grandchildren , and 6 great grandchildren.  He was predeceased by his sister Janice Tamutis, and his brother Donald Brown.

A Mass of Christian Burial will be celebrated on Friday, May 3, 2019 at 10am,  at Immaculate Conception Catholic Church, 810 West Chapel Hill Street, Durham, NC , with graveside burial to follow at St. Matthews Catholic Church Cemetery, 1001 Mason Road, Durham, NC 27712.

In lieu of flowers, memorials may be made to Institute for Medical Research-Gerofit, DVAMC, 508 Fulton Street, (151-IMR), Durham ,NC 27705, or to the charity of your choice.

The Brown family is under the care of Hall-Wynne Funeral Service.  Online condolences: www.hallwynne.com- select obituaries.

Offer Condolence for the family of Charles Emerson Brown 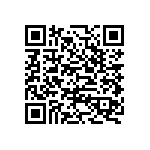