Dr. Bishop was born June 8, 1921, in Campobello, S.C., the son of Fred and Hattie Bess Bishop. He graduated from the Campobello High School. He received a B.S. degree from Berea College, an institution whose motto, “God has made of one blood all peoples of the earth”, became a part of his life. Following World War II he enrolled in the University of Kentucky where he earned an M.S. Degree. In 1948 he was invited to attend The University of Chicago to pursue studies leading to a Ph.D. in Economics.

Dr. Bishop received many awards and commendations during his distinguished career. He was coauthor of a textbook that was translated into several languages and was used in many countries. Four of his research publications were cited for excellence by the American Agricultural Economics Association. He was named a Fellow of the Association and in 1967 was elected its president. He also was elected to the honor societies of Phi Kappa Phi, Sigma Xi and Gamma Sigma Delta.

Dr. Bishop was deeply committed to public service and served his country in numerous capacities. During World War II, he joined the U.S. Army Air Force and served as a flight instructor for the B-24. He was a consultant to the U.S Air Force, the Tennessee Valley Authority, the Organization for Economic Cooperation and Development in Paris and to many universities. He was a member of the Science Advisory Committee to the Secretary of Agriculture and a member of the National Manpower Advisory Committee to the Secretaries of Labor and HEW for eight years. In 1966 he was named Executive Director of President Johnson’s National Advisory Commission on Rural Poverty. He was a member of President Nixon’s White House Task Force on Rural Development and his Food Advisory Council. President Carter appointed Dr. Bishop to membership on his Commission on an Agenda of the Eighties and on his Advisory Commission on Balanced Growth and Economic Development. He also served on numerous commissions and task forces at the state level. For these efforts he was awarded the Order of the Long Leaf Pine in North Carolina.

He served on the boards of Houston Industries, Resources for the Future, the National Rural Center, The Farm Foundation, the Winthrop Rockefeller Foundation, the North Carolina Rural Economic Development Center and MDC Inc.

For many years, Dr. Bishop was an active member of the Pullen Memorial Baptist Church in Raleigh where he served in many capacities, including Chairman of the Board of Deacons. At the time of his death, he was a member of the Trinity Avenue Presbyterian Church in Durham.

A memorial service will be held in Few Chapel of Croasdaile Village in Durham NC at 11 AM on Wednesday, January 18, 2012. Memorial contributions may be made to the Bishop Scholarship Fund at Berea College, Berea Kentucky, 40404 or to the Benevolence Fund at Croasdaile Village, Durham, NC 27705.

Arrangements for the Bishop family are under the care of Hall-Wynne Funeral Service. Online memorials www.hallwynne.com, select obituaries.

Offer Condolence for the family of Charles Edwin Bishop 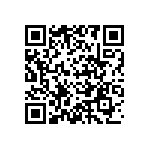