Charles Edward Medlin, age 66 and resident of Durham, entered into eternal rest on May 16, 2009 while at the beach. Born in Franklin County, he was the son of Annie Bell Morrison and the late John David Medlin. A graduate of Chowan College, Charles was a sales associate with Triangle Communications.
He was a member of Duke Memorial United Methodist Church and the Open Door Sunday School Class.

Charlie lived each and every day to the fullest with lots of spunk and energy. He loved going to work and kept on working even after “retirement.” He could talk to anyone which in turn brought him an array of friends at church, his neighborhood, his clients in the printing business, and many more. He enjoyed spending his weekends working in the yard, relaxing at his beach house at Ocean Isle, NC, watching Duke play basketball, and spending time with his grandchildren. You could find “Gramps” on the floor playing trains, in the yard playing baseball or football, and even riding the thrill rides at Walt Disney World. His smile and his love of life will be missed by all that knew him.

A Memorial Service will be held 3 PM Wednesday, May 20, 2009 at Duke Memorial United Methodist Church. The Reverends Roger Owens and Ginger Thomas will preside. Burial will be in Maplewood Cemetery.

Visitation will be held Tuesday from 6 to 8 PM at Hall-Wynne Funeral Home.

Offer Condolence for the family of Charles E. Medlin 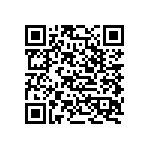