OXFORD – Charles E. French, formerly of Louisville, KY passed away peacefully, surrounded by his family, on May 17, 2017 in North Carolina, where he had retired. He was 76 years old and had been recently diagnosed with metastatic lung cancer.
Charles is survived by his wife of 56 years, Bonnie, and their children, Robin, Dan, Jeremy, Joe and wife Shelisa Gautreaux and five grandchildren Nadia, Abigail, Quincy, Clayton & Zeke. He is also survived by his brother Joseph and wife Mary Lou French, and Kenny and wife Shirley French as well as seven nieces and nephews.
Charles was born on September 22, 1940 in Union County, KY to Harold and Margaret French. He was a graduate of Male High School. Charles, along with Bonnie, was an active member of Our Lady of Mount Carmel Parish for many years, helping organize the annual parish picnics and participating in the Men’s Club. Charles was owner and operator of Charles French Professional Remodeling and member of the Home Builders Association of Greater Louisville. He was a master craftsman and had projects featured on the Tour of Remodeled Homes, and completed hundreds of remodeling projects in the Louisville area. A renaissance man at heart, he enjoyed writing stories, building elaborate award winning fountains and adding an artistic touch to all of his remodeling projects. Charles and Bonnie were avid gardeners and members of the Granville Gardeners for several years and enjoyed building their own elaborate home gardens. He will be remembered as a devoted husband, loving father, master craftsman and good friend. He could build anything.
Gatherings of friends and neighbors to celebrate his life will be held in both North Carolina and Louisville at dates to be determined.
In lieu of flowers, the family requests donations be sent to Duke Home Care & Hospice at 4321 Medical Park Drive, Suite 101, Durham, NC 27704 or www.dukemedicine.org/giving.

Offer Condolence for the family of Charles E. French 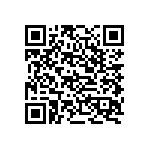