Charles Douglas Browning, Sr. died Saturday, March 25, 2006 at his residence in Durham.
Born in Durham on January 30, 1937, he was the son of the late Walter Monroe Browning and Leta Gunter Browning. He was a graduate of Campbell University with a degree in business.
Mr. Browning was a veteran of the U.S. Army, a former member of the Durham Jaycees and an active member of Duke Memorial United Methodist Church.

For over forty years, Charles has been a marketing representative for several major furniture manufacturers. He was a member of the National Furniture Manufacturing Association.
Charles looked forward to his work everyday and the many friendships he developed with his clients and colleagues. He achieved many accomplishments throughout his life and carried the fulfillment humbly. His positive attitude was extremely contagious and was very uplifting to all who surrounded him during the times that were so trying. He will be remembered for all his knowledgeable contributions, many words of wisdom and everlasting love for both family members and friends and all the joy he brought to them. His granddaughters will always remember how meticulously he removed the cactus that grew at their beach home so they wouldn

Offer Condolence for the family of Charles Douglas Browning 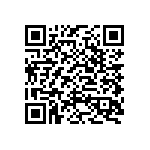