DURHAM – Charles D. Barbour, husband of the late Jeannette Boothe Barbour, both lifelong residents of Durham, left this world to join her this past Saturday February 27, 2016. He was 85 years of age.

Mr. Barbour attended Durham City Schools, after which he entered the Army, where he served on occupation duty for two years in Japan. He studied journalism at the Armed Forces Institute in Tokyo and wrote for Pacific Stars & Stripes, Army Times and Dawn Patrol Magazine for the First Cavalry Division, where he was assigned for duty.

He went into Korea as an Army Combat Correspondent just days after the outbreak of hostilities in 1950. After nearly a year of living, fighting and writing about the men of the division, he was awarded the Bronze Star Medal by Maj. Gen. Charles D. Palmer. It was during this year of combat that Barbour became a contributing writer to The Durham Sun.

He was among the first Army combat troops to return from Korea when rotation started in 1951. He married his wife that same year, and they resided at Camp Kilmer, NJ, where Barbour was awarded a commendation from Brig. Gen. Charles F. Craig, post commander, and recommended for Officer Candidate School in 1952. He was commissioned a second lieutenant in 1953, served three months as an artillery firing battery officer for infantry OCS candidates, and later that year returned to Japan to serve the remainder of his troop duty on Hokkaido as an artillery officer.

After completing troop duty in Japan, Barbour was named assistant information officer at division headquarters for the remainder of his tour. Upon his return to the United States, he transferred his commission to the NC National Guard, and began employment with Albert Love Enterprises, a book publishing firm in Atlanta, GA. Later he worked with Taylor Publishing Company, Dallas, TX before joining The Durham Sun as a reporter in 1957.

He remained a professional guardsman until his retirement, spending the last 10 years a Public Information Officer of the Guard’s 30th Infantry Division. He served as a military aide to Gov. Terry Sanford, who named him State Veterans’ Day Chairman in the 1960’s, and to Gov. Robert W. Scott during his tenure. Barbour retired with the field grade rank of Major.

After three years with The Durham Sun, Barbour joined the staff of The Raleigh News & Observer, but returned to Durham in 1961 to become City Editor of the of The Durham Morning Herald. He later served as State Legislative political reporter (1963-1965 sessions) before being named Managing Editor in 1966.

In 1968 when Gov. Scott won the Democratic nomination, Barbour stepped down to join the administrative staff Scott was putting together in Raleigh. He first was named executive director of the NC Democratic Party, taking the Tar Heel delegation to the tumultuous 1968 Democratic Convention in Chicago.

Two years later, Gov. Scott named him State Travel Director to succeed Bill Hensley who resigned to assume a position with Carowinds, then under construction. Upon having the administration to open his own Durham PR firm, CB Marketing, in 1973, Scott awarded Barbour the Order of the Long Leaf Pine for his service.

Scott and Barbour formed a second business afterwards, a governmental relations and legislative consultant company. When the governor was later named Chairman of the Appalachian Region Commission by President Jimmy Carter, Barbour merged the two companies and continued operating alone.

1n 1973 The NC Financial Services Association, a trade organization for financial institutions, retained the services of Barbour fulltime as Executive Director and Legislative Agent. He retired from the position in 1997. After that he was retained as an advisor and governmental relations consultant for various financial institutions. In 1977 he became the fulltime Executive Director of Lobbyist for the NC Financial Services Assoc. until his retirement in1997.

Mr. Barbour became active in work for the NC Sports Hall of Fame while working for the Raleigh News Observer in the early 1950’s and served as the organization’s secretary, treasurer, vice president and president during the 1990’s. It was during this time that a permanent home for the Hall was completed in NC Museum of Natural History Building.

Following his successful and accomplished professional career, he retired to an active life of traveling, golf, dancing, socializing, and truly enjoying quality time with family and friends.

This precious time of life was curtailed by the onset of Alzheimer’s at age 70. His loving wife of 64 years, Jeannette Boothe Barbour, dedicated herself to his care and focused on his needs until her recent death in May of 2015.

He is also predeceased by his parents, Melvin and Louise Barbour, his sister Maxine and brother, Jerry Ganey.

He is survived by siblings: Linda Sue, Gloria, Tony and Johnny.

Survived also by many nieces and nephews, along with loving brother-in-laws and sister-in-laws.

A memorial tribute will be held from 2:00-5:00pm Sunday, May 1, 2016 at Umstead Pines (Willowhaven Country Club). The family will welcome floral tributes at that time. Condolences can be offered care of Hall-Wynne Funeral Home on line https://www.hallwynne.com/obituaries or via traditional postal service: The Barbour Family c/o Hall-Wynne Funeral Home, 1113 W. Main Street, Durham, NC 27701.

Offer Condolence for the family of Charles D. Barbour 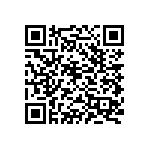