Charles H. “Chuck” Jones, age 83, died Thursday, July 2, 2009 at Durham Regional Hospital after several years of declining health. He was born in Kinston, NC to the late Ruben Samuel and Cledy Victory Russell Jones on May 15, 1926.

Chuck spent most of his adult life in Durham where he worked for 35 years as a district representative for the ZIPPO Manufacturing Company until his retirement. A veteran of World War II serving in the U.S. Navy, Chuck was a long-time member of Duke’s Chapel United Methodist Church in Durham.

Chuck was an avid golfer who played daily for many years, winning several trophies and awards. He was a regular at the Cedar Grove Golf Course where he played as long as his health allowed.

Graveside services will be held 11:00 A.M. Tuesday, July 7, at Maplewood Cemetery, Section 2, with the Reverend Julia Alliger presiding.
Friends may visit prior to the service on Tuesday from 9:30-10:30 at Hall-Wynne Funeral Home.

Arrangements for the Jones’ family are under the care of Hall-Wynne Funeral Service.

Offer Condolence for the family of Charles Chuck Henry Jones 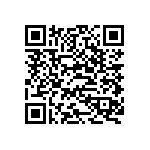