OXFORD:
Charles Allen Lane, age 61 of Oxford, died Saturday, June 15 2013 at his home. A native of Vance County, he was the son of the late William W. Lane and Vallie Boyd Lane. Charles was a member of Peace’s Chapel Baptist Church and a retired employee of the Granville County School bus garage.
Funeral services will be conducted at 3:00 PM Tuesday, June 18, 2013 at Peace’s Chapel Baptist Church by Reverend Bruce Brooks. Burial will follow in the church cemetery.
Surviving is his wife of 32 years, Gail B. Lane, a son, Randall H. Lane of Oxford; daughter-in-law Julie W. Phelps of Henderson; brothers, Grady B. Lane of Kittrell, Garland W. Buck Lane Barbara of Oxford, Kenneth W. Lane Beverly Oxford; sisters, Margaret L. Guill of Warrenton, Jerri L. Dickerson, of Oxford, Velma L. Daeke Larry of Henderson, and Bonnie L. Ayscue Edward of Kittrell. Charles is also survived by grandsons, Lucas J. Lane of Henderson and Jordan B. Moss of Henderson. He is preceded in death by his son, Mitchell A. Lane and a brother, William Earl Lane.
Flowers are accepted or memorials may be made to Peace’s Chapel Baptist Church, 4572 Antioch Road, Oxford, NC 27565.
The family will receive friends prior to the service from 2:00 until 3:00 PM in the Fellowship Hall of the church.
The Lane family is being assisted by Gentry-Newell & Vaughan Funeral Home. For online condolences, go to www.hallwynne.com and select obituaries.

Offer Condolence for the family of Charles Allen Lane 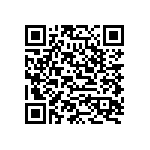