Transitioning from her earthly life to her eternal life, Charlena was welcomed home by our Heavenly Father on April 5, 2018.  Her parents, five sisters, two brothers and other beloved family members preceded her in death.

Flowers are welcomed and appreciated; however, we ask that you consider making a donation to the Charlena M. Cohen/Benevolence Fund: c/o St. John United Methodist Church; P.O. Box 604, Eden, NC 27289-0604

Offer Condolence for the family of Charlena Mosley Cohen 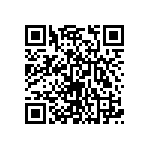