DURHAM-Celia Carter Sparger, of Durham and formerly of Winston-Salem died Christmas night, December 25, 2012 in Warwick, RI, where she was staying with her sister. Born March 19, 1953, she was the daughter of Jean B. Sparger of Winston-Salem and the late George W. Sparger III.

Celia was a graduate of Guilford College and pursued post-graduate interests at several colleges on the East Coast. She was employed by Duke University for many years before her illness, and she was a devout communicant of Immaculate Conception Church in Durham.

A gentle sister to her siblings, Celia is survived by sister Mary Tony Corey of Warwick, RI; Mary’s children, Stephen Lee Corey, his wife, Meghan Tobin Corey, and their daughter, Paige Catherine, of North Attleboro, MA; and Elizabeth Tyler Corey of Seattle, WA; brother, Steven Lee Sparger, his wife, Gwen Sparger, and their sons, Terry and Raschad, of Savannah, GA; brother, Franklin Oakes Baskerville and his son, Ian Vadin, of Winston-Salem. She was also sister of the late Elisabeth Scott Baskerville of Danbury.

A memorial service for Celia will be offered at 9:00 a.m., Thursday, January 3, at Immaculate Conception Church in Durham with Fr. Larry Hayes O.F.M. presiding. Burial will follow in St. Matthews Cemetery on Mason Road.

In lieu of flowers, donations may be made to Immaculate Conception Church, 810 Chapel Hill St., Durham, NC, 27701.

Offer Condolence for the family of Celia Carter Sparger 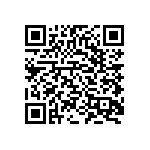